Domain LiveJournal.com was registered on April 15, 1999. The same year, the cult movie "The Matrix" was released, the 6 billionth inhabitant of the Earth was born in the city of Sarajevo, and Britney Spears' debut single Baby One More Time topped the world charts.
On April 15, 2021 LiveJournal turns 22 years old! LiveJournal celebrates its birthday and gives you a card with a bright event that happened the year you started your blog!

What happened in your life the year you started your blog?

Scotland has a new political party, "Alba". One question for it is - will you campaign for anonymity of rape trial defendants? Current legislation is a malicious accusers charter. The "Fernieside Three" typify the framing of innocent men. Not ony must Scotland gain its freedom, but laws must reflect no dichotomy. Tullyallen delenda est. 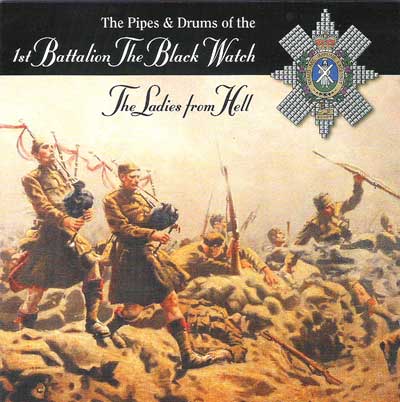 I disagree wit denial of the Shoah but Judge Michael Snow, of Elham, Kent, now has form for political prisoners (Julian Assange and now Alison Chabloz).
Odd that Philip Merrills-Dearn's conviction for dishonesty and £5000 fine in Nov 2004 disappeared from "Court News UK", but this won't.

An anti-Semitic blogger who believes ‘Hitler was right’ has been jailed for 18 weeks for saying Jewish people use the Holocaust as an ‘eternal cash cow’.

Alison Chabloz, 56, repeated her ‘grossly offensive terminology’ on a US podcast she promoted via a far-right social media website called Gab.

Chabloz denied but was convicted of sending further grossly offensive comments on a public communications network at Westminster Magistrates’ Court.

‘I’m sentencing you on the basis that on two separate occasions whilst subject to a suspended sentence, you participated in a radio programme where you made grossly offensive comments.

‘The grossly offensive contributions by the defendant to both programmes are insulting to members of a vulnerable community.

‘The need to protect that community from such gross offence is a pressing social need.’

The blogger had stated that the Holocaust is used as an ‘eternal cash cow,’ and that Hitler wanted the Jews out of Europe for behaving ‘in a certain fashion as we’re seeing again today’.

She asserted that the gas chambers were not ‘homicidal,’ but used ‘to save lives from typhus epidemics’.

She added that Jews who ‘don’t conform,’ should be deported.

On the Graham Hart show she asserted that the Holocaust is a ‘central pillar’ of Judaism and that Jewish children are brought up to be ‘psychopathic maniacs’.

Giving evidence Chabloz refused to accept that her comments were grossly offensive.

Benn Maguire, prosecuting, asked: ‘Do you accept that saying the Holocaust was used for Zionist lobby and is an eternal cash cow is offensive?’

Chabloz replied: ‘I would say that there’s a great deal of evidence to show that that’s the case.

‘Individuals who got publishing deals who weren’t in Germany during the war… and weren’t even Jewish.’

When asked why she said ‘Six million jews blah, blah, blah,’ she described the Holocaust death toll as a ‘claim’ which has been ‘repeated’ since 1880.

‘People don’t go to church anymore, but are supposed to worship jews,’ she added.

The music teacher was convicted of three charges for posting offensive songs about the Holocaust and handed a suspended jail sentence in May 2018.

In the songs, Chabloz, who refers to herself a ‘historical revisionist’, sings: ‘Did the Holocaust ever happen? ‘Was it just a bunch of lies? Seems that some intend to pull the wool over our eyes.’

She said Auschwitz is ‘a theme park just for fools’ and ‘the gassing zone, a proven hoax, indoctrination rules.’

The holocaust denier appealed against the convictions – but a judge upheld them at Southwark Crown Court in February 2019.

Chabloz has since allegedly breached her suspended sentence by ranting anti-Semitic comments as she telephoned in twice as a guest to anti-Semitic far-right podcasts, Realist Report and The Graham Hart Show.

The musician claims in the podcasts that Jewish parents are ‘indoctrinating their children that their grandparents were gassed because they were Jews’, turning the children into ‘psychopathic maniacs’, the court heard.

She also claimed the Auschwitz gas chambers were fake, and that Jews ‘were promoting homosexuality, promiscuity, the same things they are promoting today’ in Weimar Germany.

Giving evidence Steve Silverman, Director of Investigations for the Campaign Against Antisemitism (CAA), said: ‘The entire programme was abusive, hateful, with regards to anti-Semitism.

‘It was appalling, as part of the work that I do as a part of the Campaign against anti-Semitism, I have to listen to some grossly hateful content.

Adrian Davis, defending Chabloz, has said her remarks ‘constitute political speech and are prima facie protected as such by Article 10 of the European Convention on Human Rights.’

‘It may well be that Mrs Chabloz would do well to curb her tongue.

‘It should not be held against her that she was previously convicted.

‘This case must be tried on its own facts and they are very strange, I say absent any evidence it cannot be proportionate to convict her of this offence.’

Prosecutor Benn Maguire said: ‘The defendant’s participation in the radio programmes go beyond the mere expression of an unfashionable opinion, permissible satire or iconoclastic comment.

‘The content of the radio programmes are anti-Semitic, targeted against the Jewish people as a whole, and use both their content and their tone to ensure maximum offence, upset and hurt.

‘By the standards of an open and multi-racial society, the radio programmes are ‘grossly offensive’.’

Chabloz, of Boundary Rd, St Johns Wood, was convicted of three counts of sending by a public communications network an offensive, indecent or menacing message or material.

She was sentenced to a total of 18 weeks jail.

Chabloz had been banned from broadcasting, posting on the internet or in any form, any reference to Judaism, the Jewish faith, the Jewish people, the Holocaust, World War two, Israel, or any member of the Nazi party.

Another scandal rocks Australia. This time Michael Johnsen caught literally with his pants down. Thing is, who is the "sex worker"? I thought the Aussies were more sensible, this woke nonsense, "sex worker" - the term is prostitute. Now then, who made the false allegation? Excuse me, it is almost 5.30 pm here and I have a plate of spaghetti waiting with some nice red wine. Avanti! 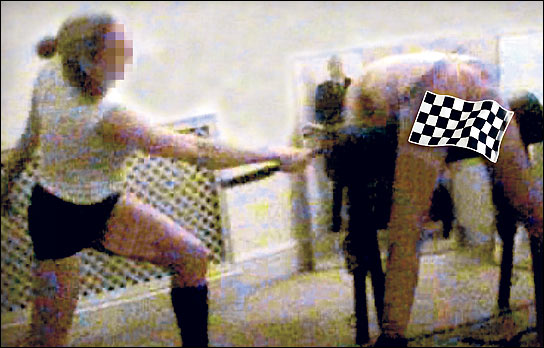 Cllr Vonny Watts tells porkie pies. She was indeed a Tory Cllr for Fulwood whilst at the same time writing as "Jean Hatchet".
http://birleywardlabourparty.org.uk/?tag=conservatives

Here is an article from "The Times" on Jean/Vonny going to Atlanta on a £3000 jaunt, courtesy of her ex husband, Richard.
https://www.thetimes.co.uk/article/how-to-get-money-back-from-airlines-92tblqgfqhb

Quite a bit of evidence of Jean Hatchet (Vonny Watts) being a hard line Tory, she now wants to (re) join Labour.
https://rotherhampolitics.wordpress.com/2013/04/19/fulwood-sheffield-by-election-more-liberal-dirty-tricks/#comments 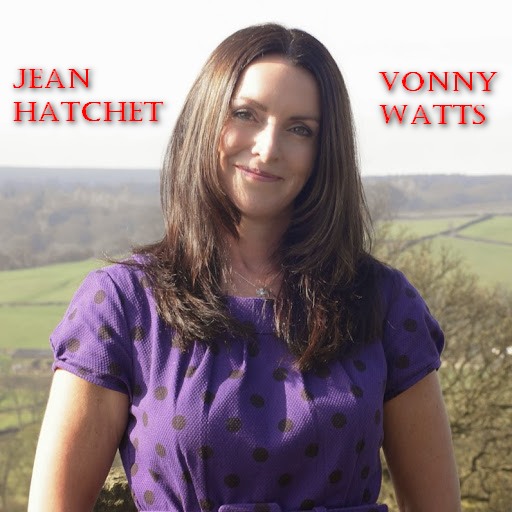 Open to: Friends, detailed results viewable to: All. Participants: 3

Support the Ummah
0(0.0%)
Support Denville
1(33.3%)
Don't know
2(66.7%)
Much heat and little light from Batley in West Yorkshire over an asinine decision by R.E teacher, Ben Denville, to show "Charlie Hebdo" cartoon images of the Prophet Mohammed (SAAW). I am not going to dwell on the wisdom of such an action, but to reflect on whether UK blasphemy laws are up to date, or should be examined. Would such a thing occur in Australia? What would be the outcome? 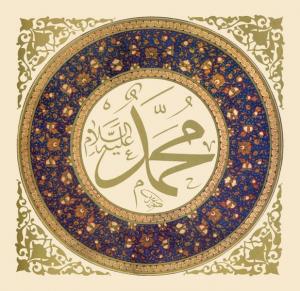 Moving away from Australian topics today and obviously Rebecca Sabben-Clare QC has never heard of the Streisand effect. Sabben-Clare's dog mauled a seal (named Freddie) to death. Sabben-Clare would prefer this is not mentioned. Perhaps she ought to get in touch with Freya Heath of Derby? Scott Morrison's government looks to be in dire straits. 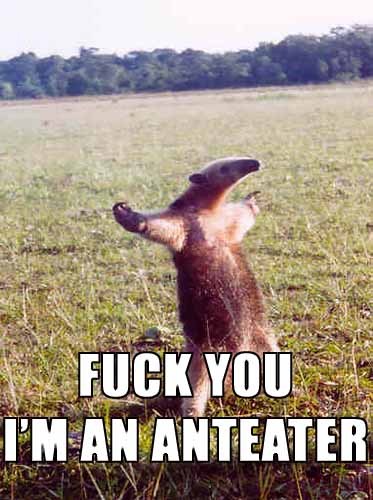 Peter Dutton is busy, banning a group composed of a couple of teenagers and a kelpie. Australia has caught "British disease" whereby pretty much everything is banned. Obviously "Sonnenkrieg" have not sussed out that they can reform under a different name.
On the topic of the repression currently going on in the UK - the end of March sees the trial of Alison Chabloz. I do not agree with denying the Shoah, however, making holocaust denial a crime opens up an appalling vista. Denial of the Armenian holocaust? Making Alison Chabloz into a free speech martyr and political prisoner along with Julian Assange?
Crown Prosecution Service barrister Ben Maguire is on thin ice. One can hear it craccking. Legally a weak case.
Well, to conclude today I wish to thank all my new Australian readers. Christian Porter, innocent, Bruce Lehrmann, guilty. Hope the bloody floods dry up soon. She'll come good. 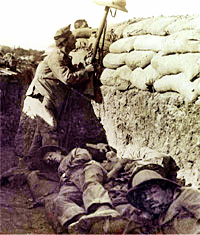 So Team Ethel are £7000 better off and ex Tory Cllr Jean Hatchet's non existent dog has died. Vonny Watts/Radstone is now lying about Richard poisioning her Wolf Hound. Oh well, no legal action will be taken as Jean/Vonny is a tout for Derbyshire Police/South Yorkshire Police. She can now afford another expensive trip to Atlanta.With Frances. 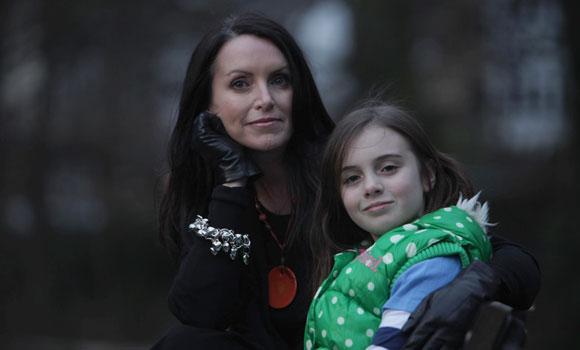 What are the limits of free speech? Mila Orriols is 17 and is in hiding after insulting Islam. Her case highlights the tensions between western culture and Islamic civilization. 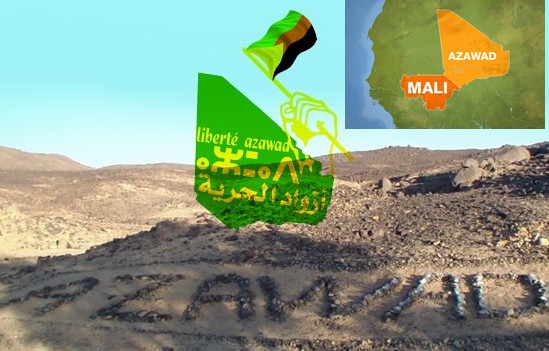